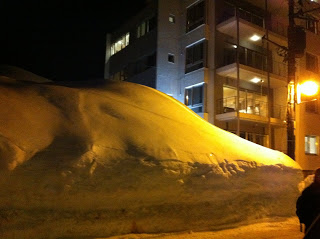 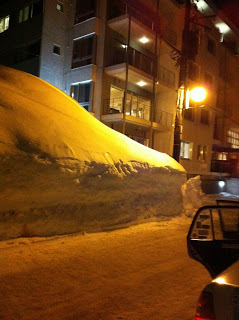 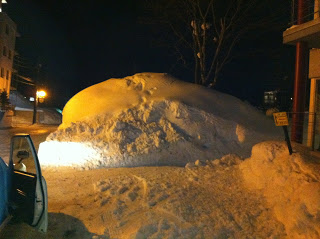 The snow in Niseko is amazing. Even compared to other parts of Hokkaido. You really have to see it to believe it. Due to Niseko’s relative proximity to Siberia, the area gets enormous snow falls every year. I heard that there has been less snow than usual this year. Could have fooled me. 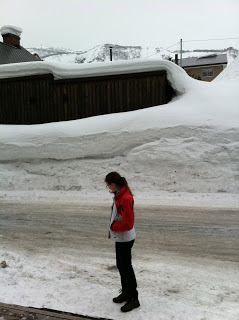 Admittedly, some of these drifts are the result of snowplowing. But there was a lot of snow to plow to begin with. The weather in Niseko is very changeable. It can shift every ten minutes from cloudy (and precipitating) to sunny and then back again. 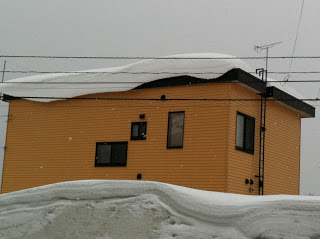 I particularly like the way the snow accumulates on roofs around town. 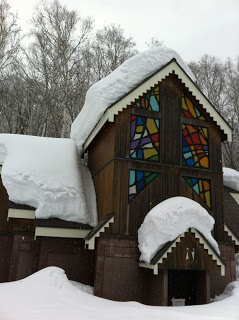 A public toilet resembling a church. 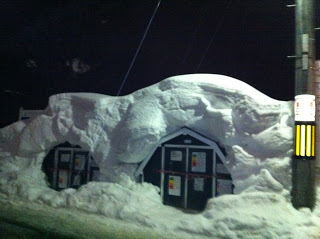 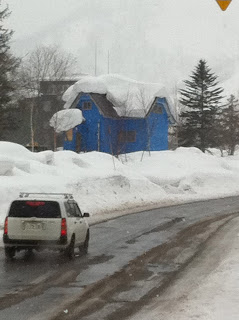 Though it looks like a thick layer of frosting, this snow is heavy enough to seriously maim or injure. 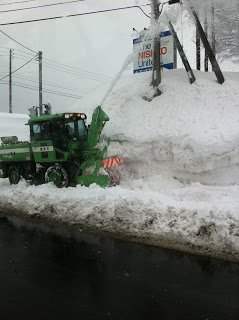 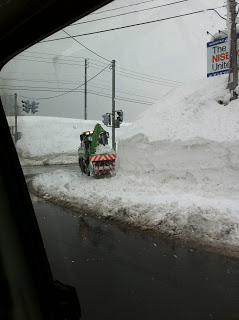 This is how they make those straight snow walls. 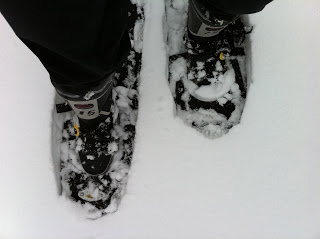 One day I took a snow shoe trek to see Hangetsuko a half-moon shaped, frozen lake inside a crater. 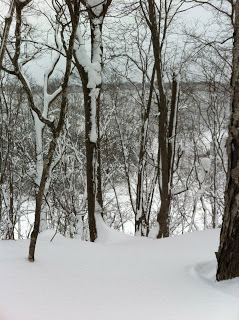 This is the view of the lake from the top of the crater. 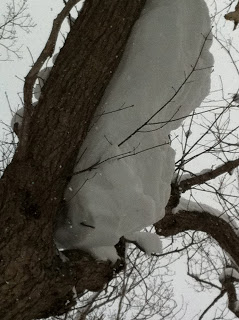 This is a view of a massive snow clump in a tree overhead. 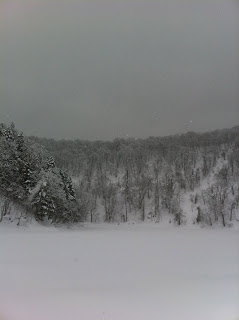 After sliding down the crater’s precipitous side on our bottoms, we reached the lake. 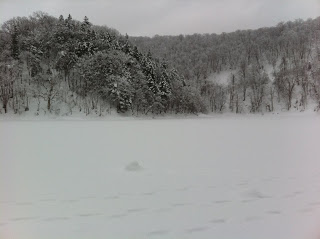 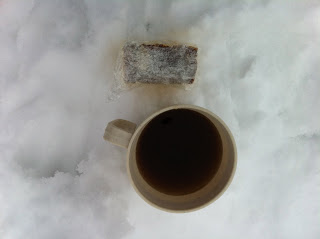 We walked out onto the middle of the lake and had a little picnic of tea and pound cake. Very civilized. 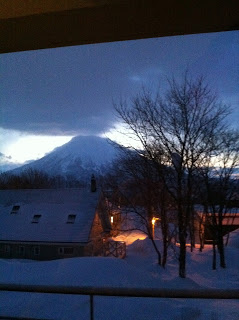 As seen from our window, Mount Youtei in all its snow-covered glory.