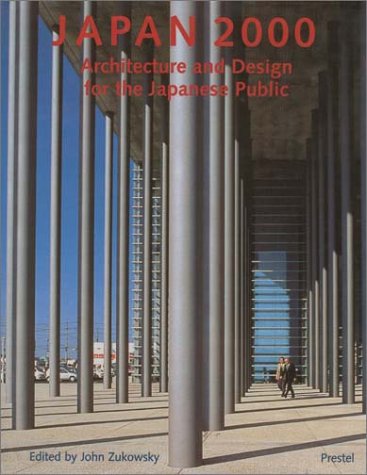 Japan 2000: Architecture and Design for the Japanese Public

Compiled in connection with colleagues on both sides of the Pacific Ocean, this book contains a selection of essays documenting Japanese contributions in the fields of both design and architecture leading up to the end of the 20th century. At that time, when Japanese products became available worldwide, the country’s products, including architecture, became synonymous with high quality and exceptional aesthetics. Containing a series of essays and accompanying photographs, this book focuses on both buildings and products promoted by the Japanese government which endeavored to create national standards for designers of all types from the post-World War II period onward.