You can tell a lot about a culture from how it disposes of waste.  Especially in a place like Japan which is so fastidious where garbage is concerned. Apparently, you can also tell a lot about a person by what they throw out.  While working on my book Modern Japanese House (check out this link to learn more), I interviewed a Tokyo-homeowner who lives in a niseitaijutaku (two-generation home) with her in-laws. They live downstairs while the woman, her husband and their son call the upper floors home — not an uncommon arrangement. In response to a question about the privacy pitfalls of such proximate quarters she said “There is privacy even in garbage.”  Enough said. 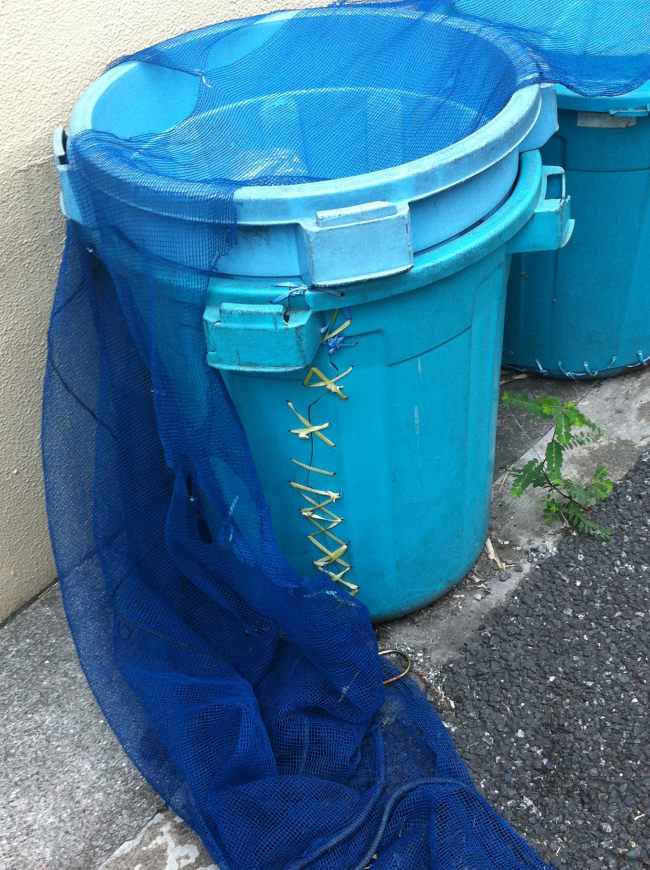 This post is not actually about trash per se but rather about some very special trash cans that Pippi and I zeroed in on during a recent walk. Riddled with cracks, these blue barrels might have been destined for the closest landfill but, fortunately, some industrious soul saved them from that fate. Instead of using their damaged condition as an excuse for giving them the heave ho, this person meticulously punched holes in the plastic and laced the jagged fissures back together with plastic rope — quite possibly a discard in its own right. 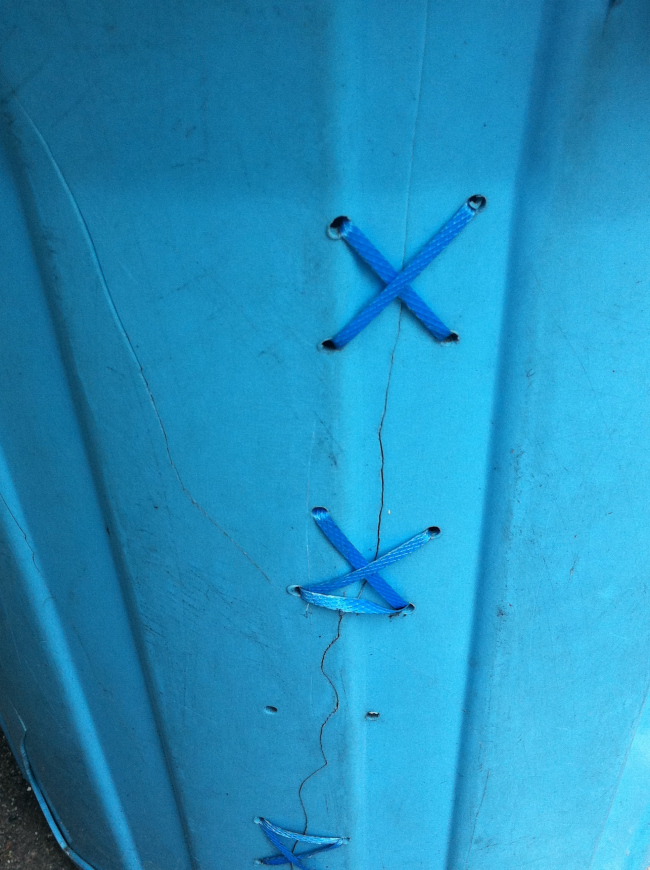 While I applaud the thrift, I am equally in awe of the care that was taken to put these once broken goods back in the line of duty. With a repair like that, they are practically as good as new.