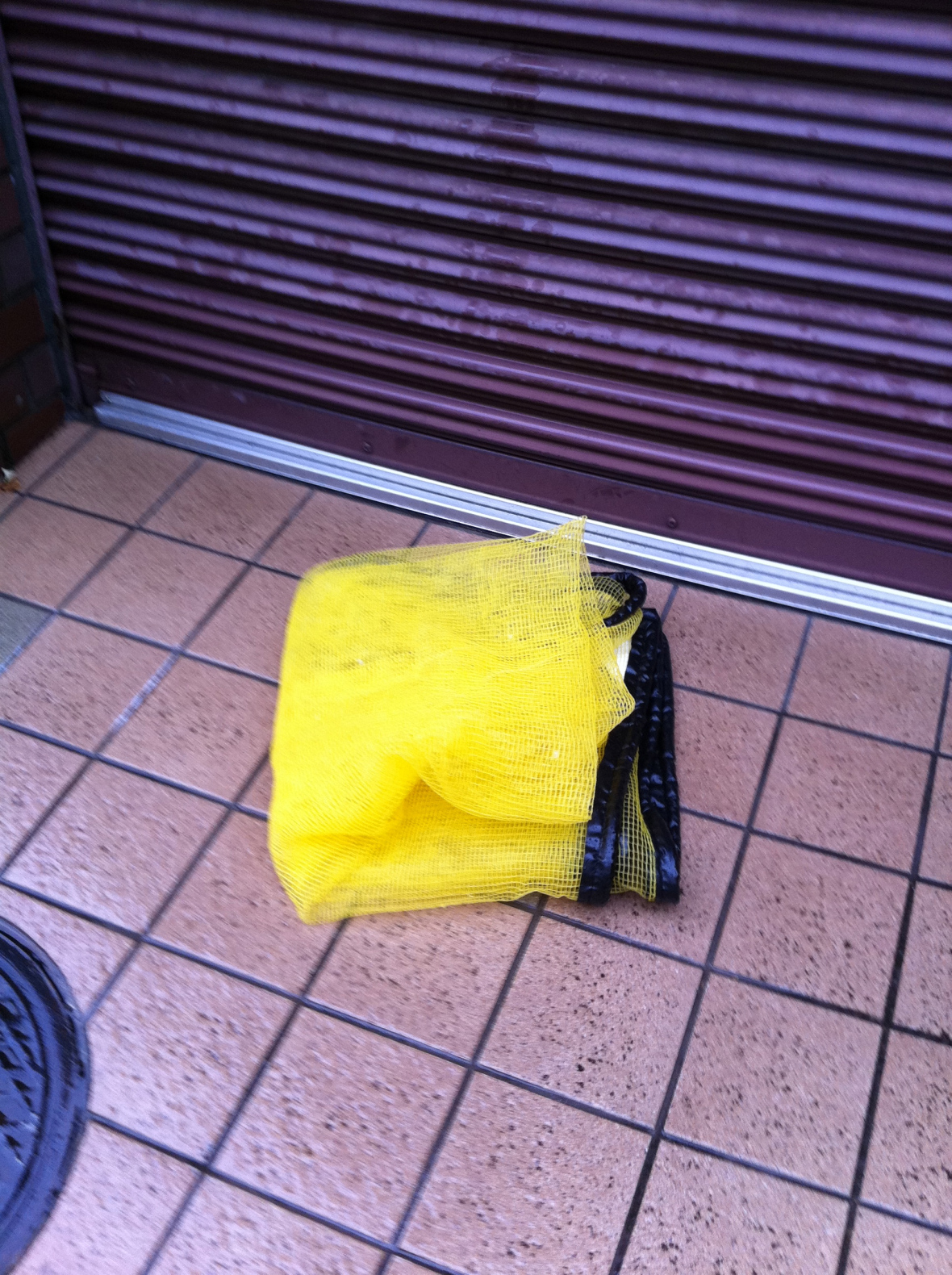 The other day I had a very STSS moment. I was in the car, hurrying to get to an appointment, when I got stuck behind a garbage truck. Much to my chagrin, there was nothing I could do but wait since the street was quite narrow. Barely able to keep my foot from the gas pedal, I watched as the uniformed trash collectors had loaded the truck’s gaping maul. Unlike in the United States, where those ungainly garbage pails on wheels are commonplace, Tokyoites frequently put their trash out in plastic bags: burnables one day, non-burnables the next and recycling after that. Each parcel is neatly packaged and placed directly on the ground at the appointed collection spot at the street edge. Because Tokyo’s crow population aggressively scavenges for food among these discards, the bags of trash are covered with a protective plastic net while awaiting the arrival of said truck. A litter-scattered street is not a pretty sight. And people here go to great lengths to keep the public access ways clean (but that is fodder for another post). Like anywhere else, the trash collectors hurl the bags as the truck slowly lumbers down the street. But, before trotting off to gather in the next heap, the blue-suited fellows neatly fold the net and return it to the roadside where it sits, a tidy rectangular bundle (see above), until the next collection day. 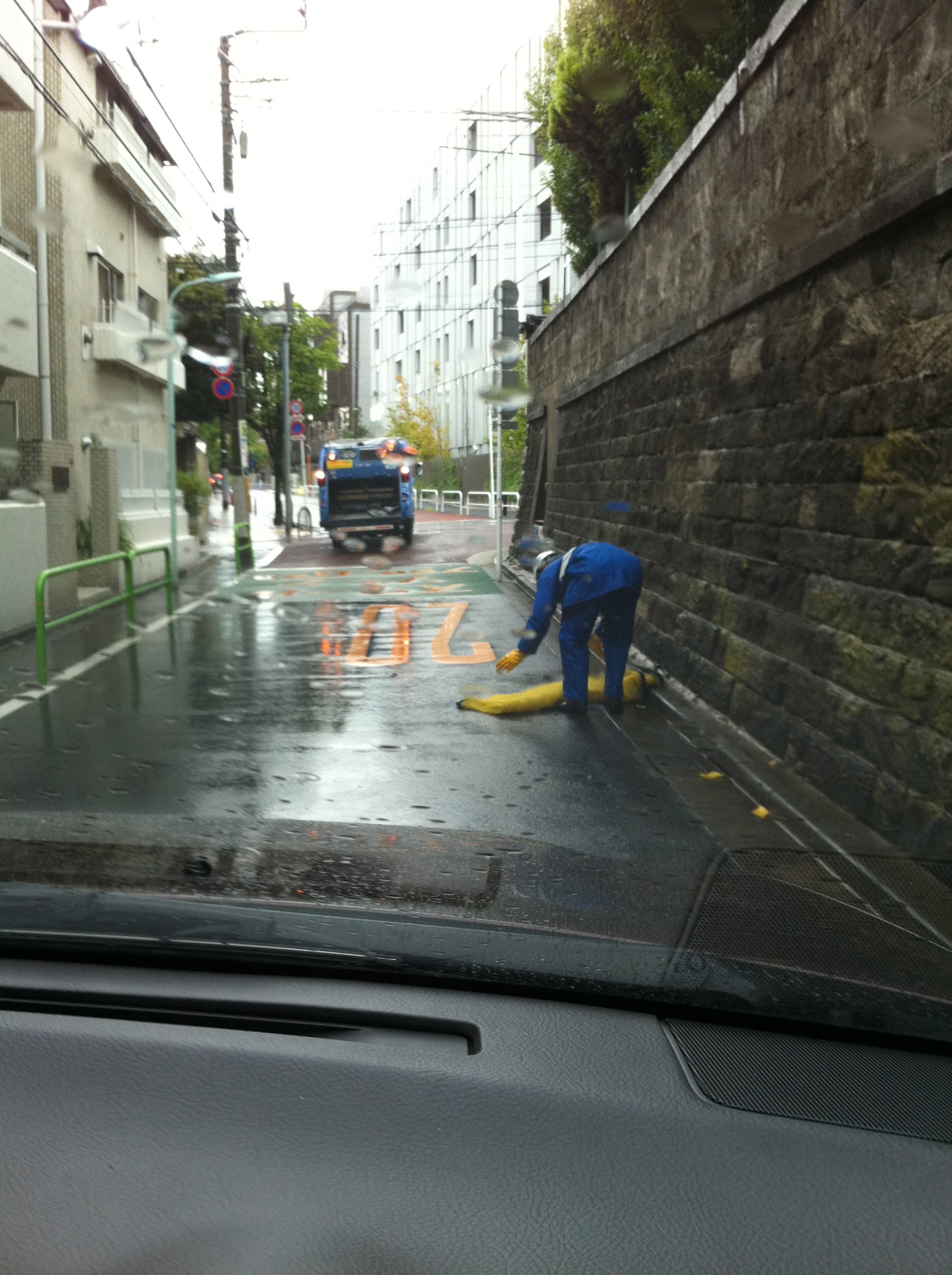